It gives the capacity to monetize content by adding ads in videos.
The main flows are either the insertion of new advertisements or the replacement of existing ads with new ones.

A typical ecosystem to implement Dynamic Ad Insertion is the following:

broadpeak.io enables our customers the capacity to monetize their VOD catalog by doing what we call AVOD.

Advertising-based Video On Demand, often known as AVOD, is a VOD business model that is based on adding ads to streaming videos.

AVOD services are typically available for free and can be included in "Freemium" services, which allow viewers to watch streams without ads in exchange for a monthly fee (AVOD-SVOD hybrid).

In the insertion of the ads, there are multiple choices:

This can be used for typical Video-On-Demand assets but also for programs which have been recorded from Linear Channels (NPVR, Catch up TV). 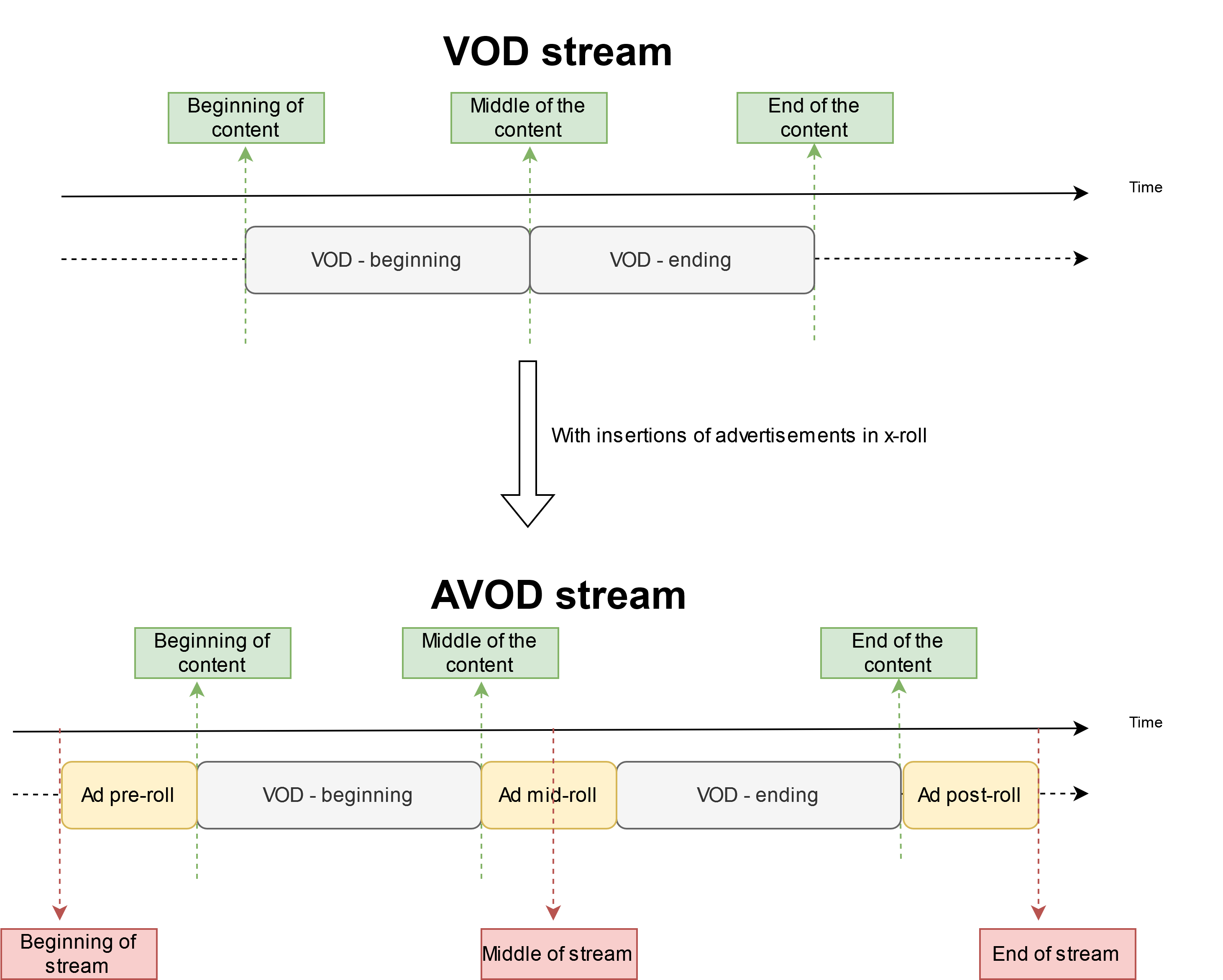 broadpeak.io can insert ads at the beginning of a Linear Channel playback session, before the main content begins. These are pre-roll ads.

Pre-roll ads are quite useful. Running an ad before the main stream usually implies that the audience is probably still engaged, interested, and willing to endure a short ad to get the desired content.

One of the main benefits of pre-roll advertising is that even if the viewer skips the ad, they have already been exposed to the brand, product, or service of the advertisers. 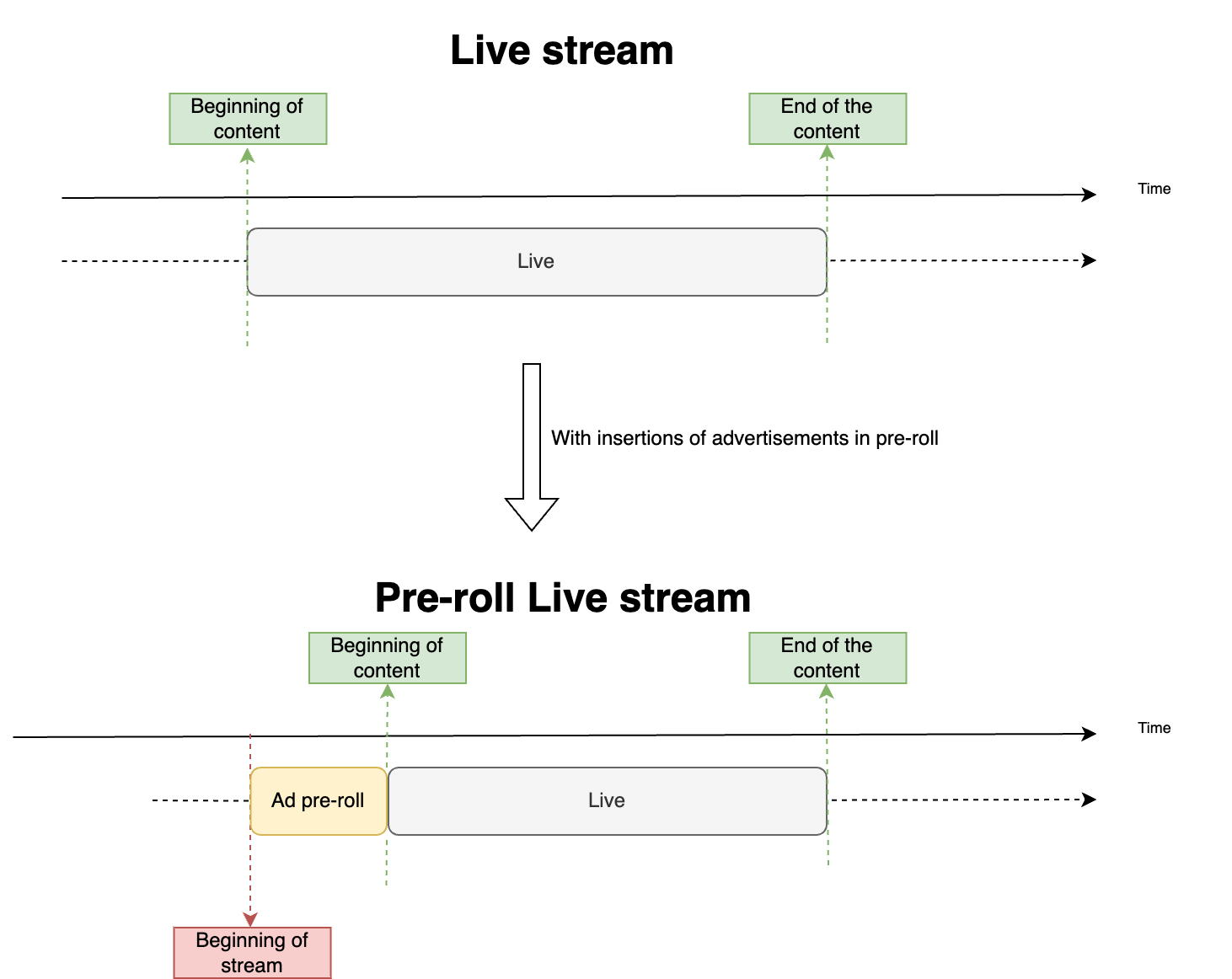 This use case replaces ads with an ad that is more valuable to the end user. It has been used for Live channels.

The existing ads included in the Linear feeds are detected via SCTE 35 markers.

Based on this, a new Targeted Ad is provided by the Ad server and inserted into the live playlist by broadpeak.io. 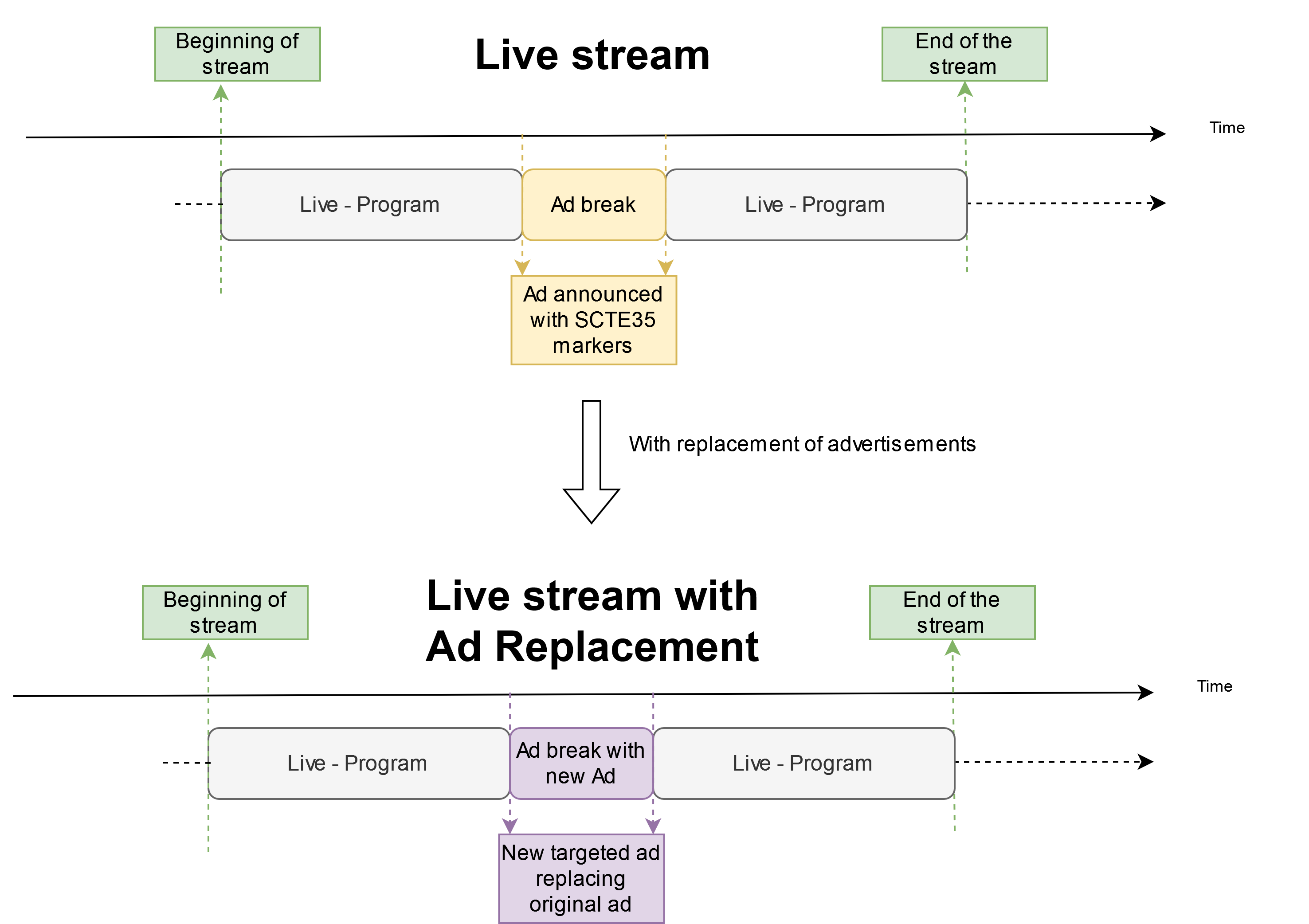